Today we are talking to Grace Kavadlo.
If you don't yet know Grace then here's a quick introduction for you 🙂 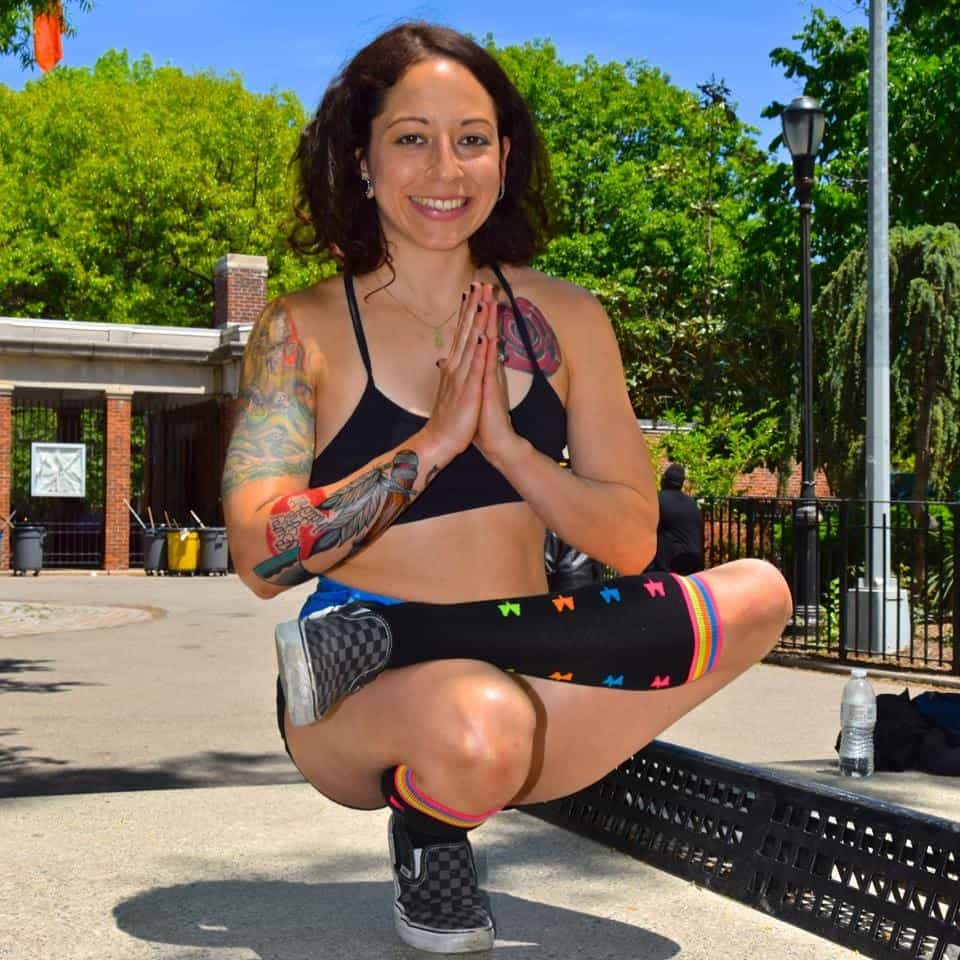 This year I was fortunate enough to work as an Assistant Instructor at the Sydney PCC (Progressive Calisthenics Certification) in September alongside Al and Grace Kavadlo. I had met Al previously but this was my first time meeting Grace, although of course I had seen Grace on featured as a model in various books and on social media.

Having now met Grace and getting the chance to work alongside her at the Sydney PCC I can tell you that she is a dynamite personality who just has that amazing capacity to be instantly likeable and easily able to switch between being a calming influence at the moment and a kick ass one the next.

Can you give our readers a little bit of a rundown how you came to this point of being an Personal Trainer, a PCC Team Leader (Progressive Calisthenics Certification), a featured model in various publications as well as being a well known member of the Calisthenics Community?

I’ve always been pretty athletic. As a kid, I did gymnastics, ran track, played soccer, etc. As an adult, my first introduction to bodyweight training was yoga. I started strength training in my mid 20’s with kettlebells and then after being inspired by Al, I started doing progressive calisthenics. I became PCC certified in 2014 and was invited back to assist at several workshops which led to me becoming a Team Leader, and later a model in several of the Kavadlo Bros and Coach Wade’s books. I’m also very active on social media and post articles on my website, DieselGrace.com, as well as for the Progressive Calisthenics Blog and Bodybuilding.com, which has helped me build a following in the calisthenics community.

One thing that struck me when I met you and had the chance to be an assistant instructor alongside you and Al, is that you bring a lot of energy and an almost dare I say it kickass attitude which is really refreshing. From what I could see I think that attitude and energy particularly helped inspire the female PCC participants in Sydney.
Given that Calisthenics can be a fairly male dominated sport /lifestyle at times, is inspiring more females to get into Calisthenics something that you are actively trying to do?

I appreciate that my enthusiasm for calisthenics comes through at these workshops! I truly believe this is one of the best and purest ways of training, and I’m delighted for the opportunity to share that with the women that come to PCC. As you apparently noticed at the workshop this past weekend, the women are often outnumbered by the dudes. However, with every workshop we do, the number of women that are getting into calisthenics keeps growing! But yes, definitely my main M.O. is to keep inspiring more women to pursue bodyweight training. 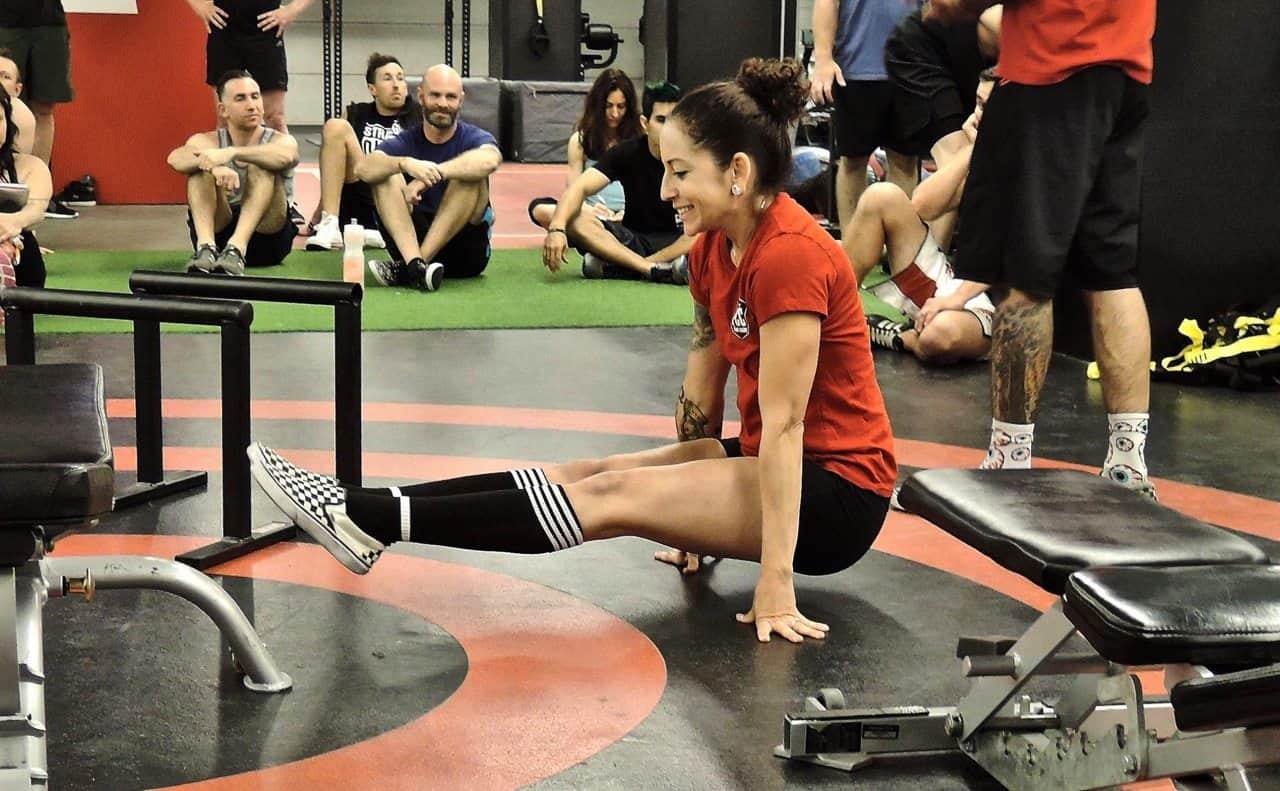 It’s important to have a solid foundation of the basics like the squat, push-up, pull-up, bridge, etc before moving onto more advanced moves. This will help strengthen and prepare your ligaments and joints for more intense calisthenics exercises and minimise the possibility for injury.

What's it like being able to work alongside your Husband Al and his brother Danny, in something that you all obviously have a big passion for?

It is an absolute dream getting to work with two of my biggest mentors regularly! Al and Danny have so much experience in the fitness industry and as presenters. Being around them has helped me not only become a better trainer but also a more confident presenter. 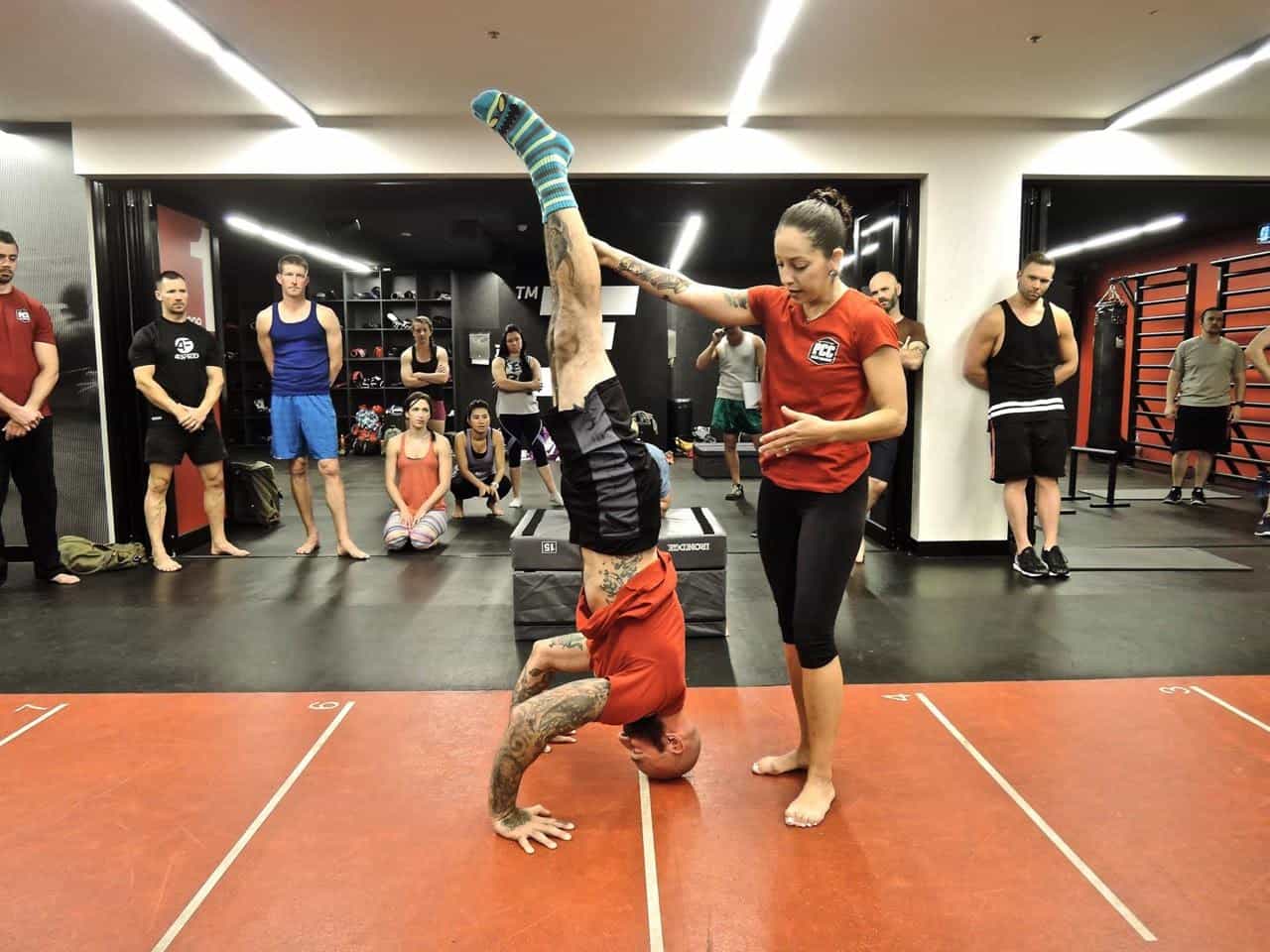 Lastly what does the new year hold for Grace, I assume there's a lot of PCC's already scheduled in, are any other big plans that you can shed some light on at this stage?

We definitely have a few workshops that I will be teaching at in the next few months. I also have an idea for a calisthenics book for women I am trying to put together.

Some more from this author 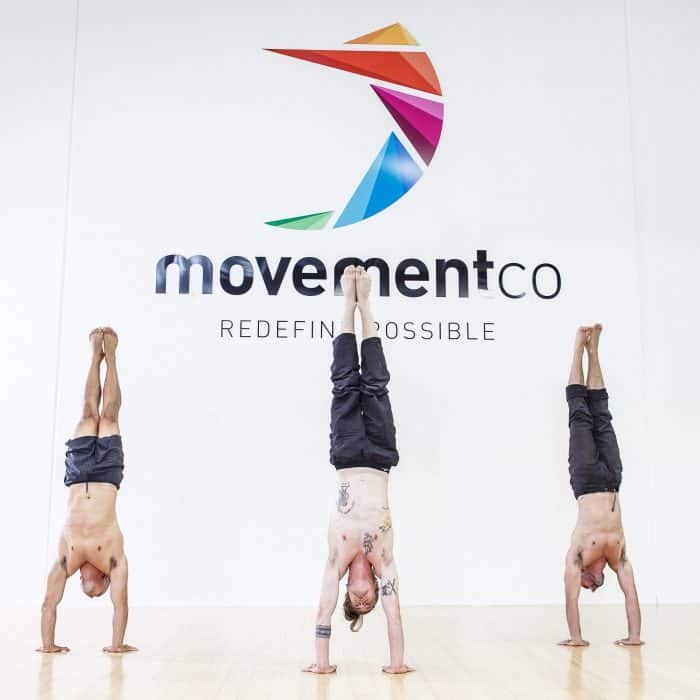 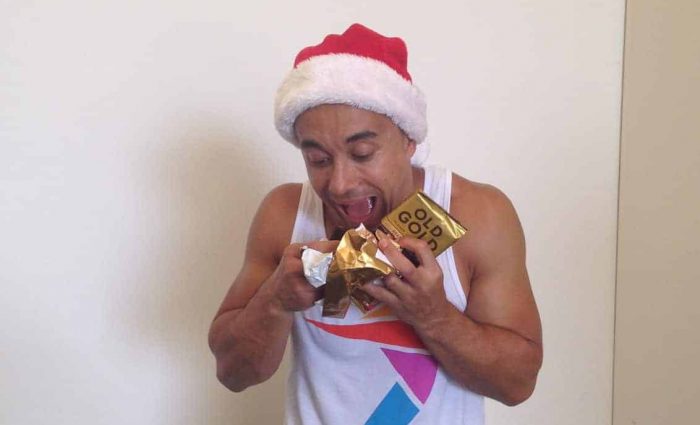 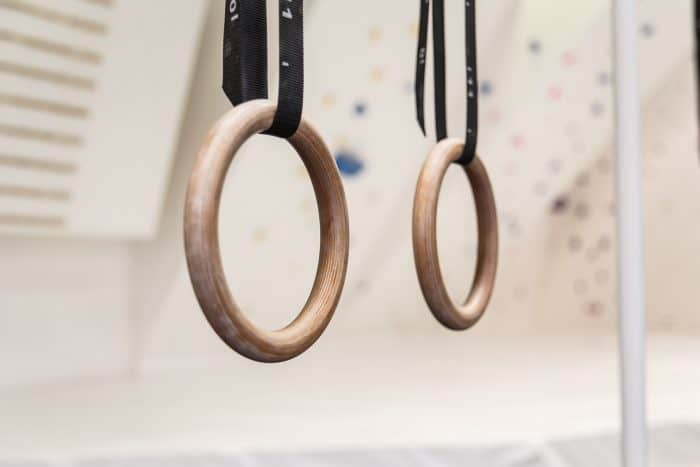